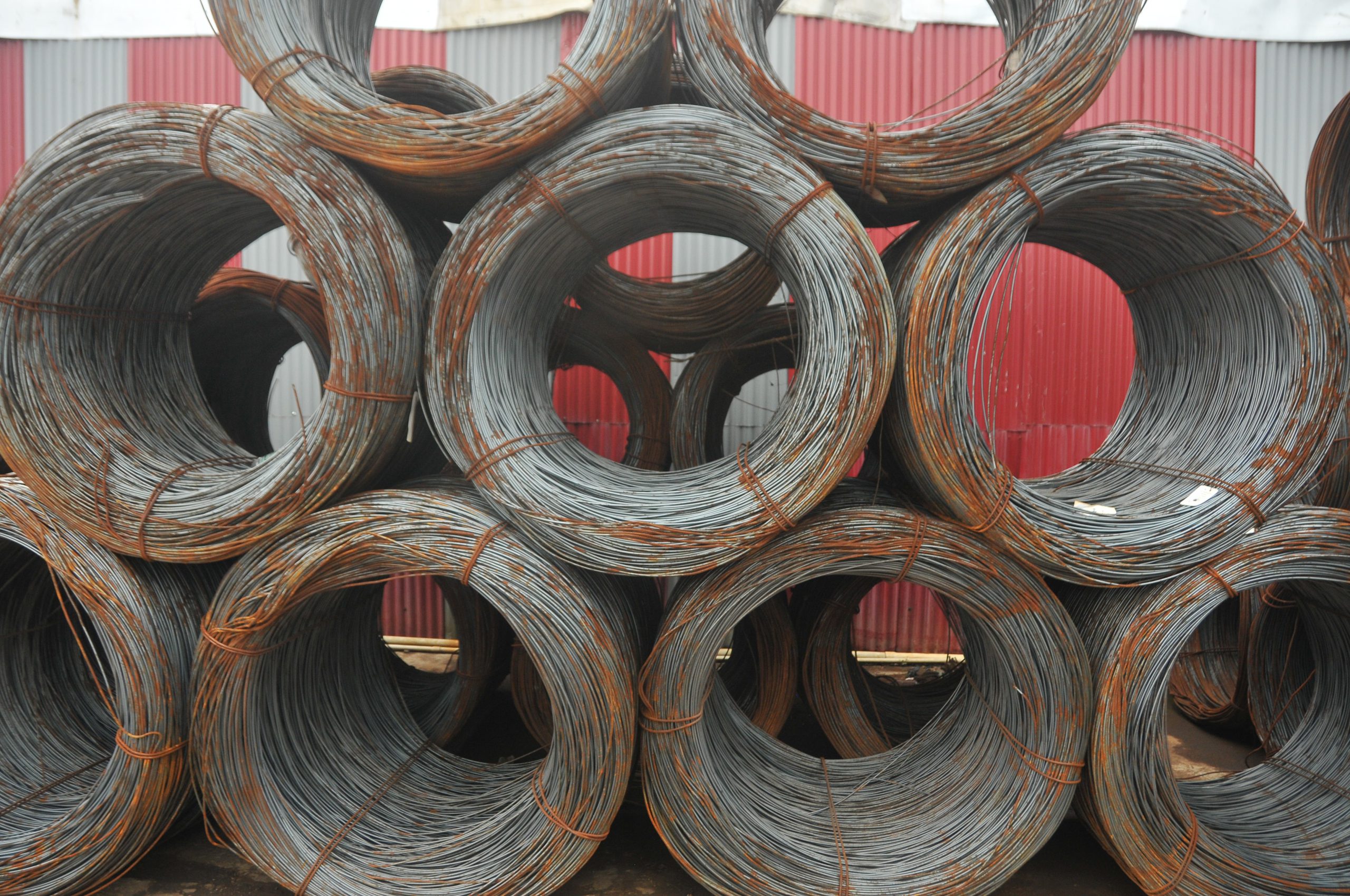 Suppliers, customers — both existing and new — learned about the myriad of products and services the company offers, but was most impressed with ARC’s history of employing and training young Jamaicans to become professionals. Executive Chairman Norman Horne in his address underscored the need for a Design District in Jamaica, where creatives can come together and showcase their talents. He lauded Design Week conceptualiser Novia McDonald-Whyte for her efforts in driving businesses like his into the creative industry.

Conversation aside, guests rocked to the beats of the award-winning drumming group Jamique Ensemble, then had an afternoon snack courtesy of Marlene Foster Catering and Leanne Sweet Tooth. With rain forecast many thought they would miss out on the factory tour but the grey skies turned blue just long enough for a group of stakeholders to traverse the extensive property with Senior Manager – Technical Levar Beezer. 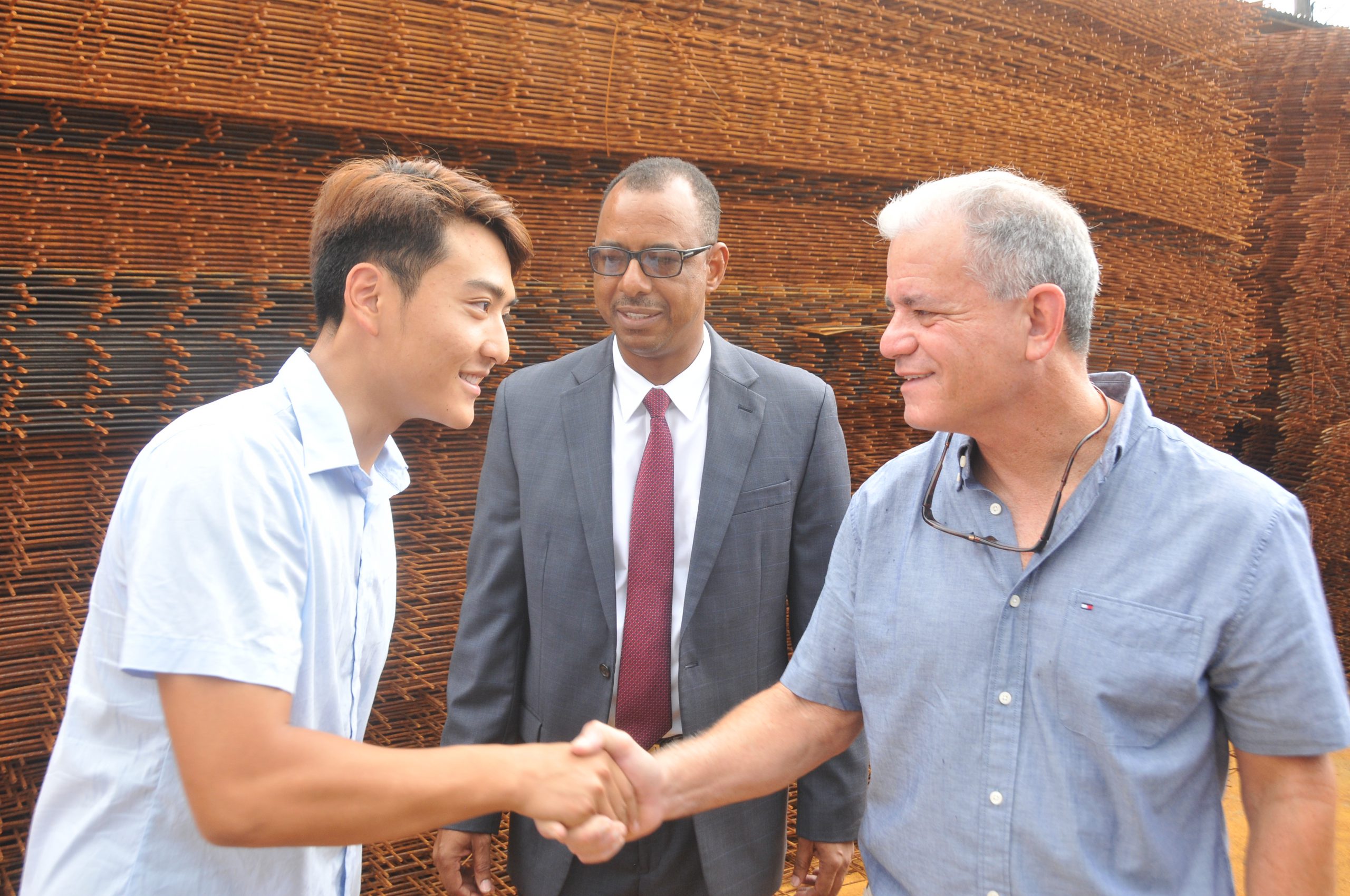 Executive chairman of ARC Manufacturing Norman Horne is calling for the Government of Jamaica to legislate the creation of “design districts” in Jamaica.

“Our zoning laws should be amended to create an environment in Jamaica, albeit a street, a couple of streets or an area that is called the design district. But only people who are participating in the creative industries should be allowed to rent, lease or buy spaces to distribute, market and sell their products and services in that specific area,” Horne stated in his address, during ARC Manufacturing’s Build on Quality Showcase, held at its Bell Road headquarters in Kingston

He added that the design district would also be a space where entertainers and culinary artists can ply their trade.

Horne, a former senator, noted that he is willing to invest his influence to agitate the Government for the formation of a design district to house the “creativity and knowledge” of Jamaicans who are so inclined. He also invited guests at the showcase to do likewise, including Member of Parliament for St Andrew South Western Angela Brown Burke — and a former mayor of Kingston & St Andrew — in whose constituency ARC Manufacturing is based.

The executive chairman remarked that the concept of Design Week will be one he will “try to entrench” in the company’s culture for years to come.

Also speaking at the showcase, Jamaica Observer Senior Associate Editor – Lifestyle and Social Content Novia McDonald-Whyte said Design Week was conceptualized to provide people and companies in the construction and interior design space with exposure to the wider Jamaica. This, she said, was the missing link in the newspaper’s lifestyle brand.

Published by The Jamaica Observer. 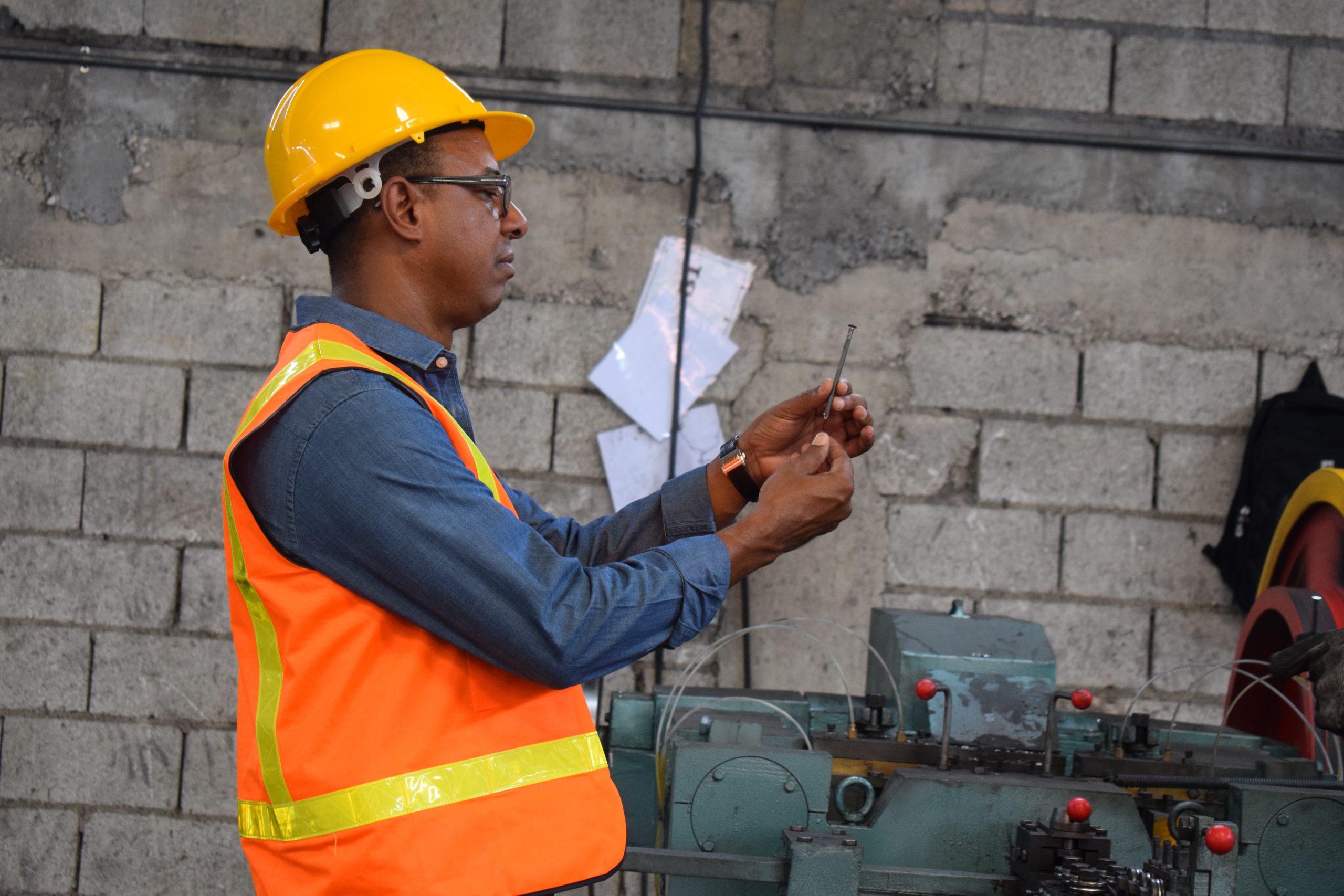 Who would have thought that the executive chairman of high-profile company, ARC Manufacturing got his baptism in hardship and near poverty during the early 1960s before he could establish himself as one of the foremost business leaders in Jamaica now?

Former People’s National Party Treasurer Norman Washington Horne, his christian and middle names acquired through his father’s close association with former president of the People’s National Party Norman Washington Manley, used tough times as a lad growing up in the fertile lands of Bull Savannah in south -east St Elizabeth as a launching pad for the economic greatness that has been thrust upon him.

In a family of 10 children it was regular for youngsters attending the dominant institution for lower learning to walk through the school’s entrance barefooted. Indeed, the majority of all students in the village pressured the soles of their feet with flesh-to-dirt contact, and those who chose not to were labelled as show-offs.

Driven by the husband and wife team of “Teacher Tingling” and his spouse, who both served as principal — he first, and she upon his retirement — as well as other teachers’ solid stance on education, among them Ruby Blythe, the young Horne sought to sew his seeds of progress from early by clearing the ground for the launch of what would become something huge. Interestingly, many of the same teachers and school leaders taught his mother.

“In that period, you had an option that you either learn or you are punished to learn,” Horne told the Jamaica Observer in a midweek chat. “They had a subtle jack — a tree that grows very slim, extends very slim branches that’s difficult to break, and when you move it into your hands it whips up and down. That was an instrument. As children we were never late for school and homework was always on time. Despite the fact that we didn’t have electricity, what we had was what was called the ‘Kitchen Bitch’, a lantern also called ‘Home Sweet Home’. We were extremely competitive because we were forced to compete to see who wants to come first, second or third in class at the end of the period — and just about all of us were fighting for the premium spot, so we were always forced to compete,” Horne said of the laying of his educational foundation. “Those formative years were great years because it helped to reinforce your discipline; it helped to reinforce respect for people’s property and respect for ownership; it helped to understand that you must be satisfied with what you have, and never envy a man for what he has; and it teaches you character in a sense. We understand that, as human beings, how we feel inside is how we think, and how we think is how we act, and how we act it forms our character. Therefore, the objective was just to act proper, and we believed that once your act was proper then your conduct thereafter would reflect the same.

“Apart from the fact that we had all the games in the world that we could play without a computer or any type of automation, we were never short on games; we were never bored. Where one, two or more of us [were], if we weren’t reading, studying, playing games, then there were the mango fields, the melon fields, the tomato and the paw-paw and the sweet sop, promegranate, naseberry. So in order to find food we had a wide range of outreach that you could go, albeit if you were going to someone’s property to take their food you would ask first, and very seldomly would be denied. In those days we had not an abundance of, but sufficient fruits that we could turn to, particularly when there was nothing at home to eat,” Horne reflected.

But despite the challenges and the hiccups that were present them, the home spirit was still alive and flourishing.

“My mother had the greatest economy of a home. In the latter years she raised us without a father being at home, but we could always bank to start out on Sundays with rice and peas and chicken. No change, Only if she couldn’t afford it then we get something else. On Mondays and Thursdays it is usually soup — gungoo peas, French bean or pumpkin soup, and chicken soup.

“Friday was usually a beef day and that is because on Friday morning the local butcher would be basically killing one or two cows for that weekend, based on demand. On Saturday it’s usually fish. That’s because on Saturday morning we would go to Alligator Pond fish market. Barracuda was an interesting fish, because when we take it home the first thing that my mom would do is put it out in the sun. If flies pitch on it then it’s good to eat. If there are no flies then you rubbish it.

“Tuesday and Wednesday we called those ‘Ben Johnson days’ where anything goes — whether it is just crackers and milo, sugar and water with lime and bammy, my mother always ensures that she provides something for us. What she tells us is you never beg, you never steal, and so she would say in her own way to all of us that the Bible is very clear — either you learn a skill or a trade, otherwise you are going to be a liar or a thief. So, school was reinforced because of that. She would then say to my sisters, is either education or Percy Junor,” Horne asserted.

Percy Junor was perceived to be a rich man at that time, who has a hospital named after him today.

Although the professional options as children looking into the wider world were limited at the time, Horne said that the work choices of parents, who worked mainly on farms, was not what the younger folk wanted at the time. Therefore, there was a serious focus on trying to learn all they could in the classroom, which went to another phase when the doors of Junction Secondary School opened to those who were ripe enough to leave primary school.

After turning 16, Horne embarked on a mission of urban migration, landing in Kingston where he enrolled at Excelsior Community College to do advanced level subjects, and also took on the world of work. Before long, he landed his first job at a shoe manufacturing plant on East Street, downtown, upon the recommendation of then Member of Parliament for St Elizabeth South Eastern, Derrick Rochester.

Later, he would dip his hand in the insurance industry, working at the now-defunct American Life Insurance Company (ALICO). That, too, did not match up with the direction in which his wandering mind wanted him to go. So the next move was to enter a foreign land — the United States of America — at age 20.

“When I was leaving, my father took me from Junction, Bull Savannah, to a place called Gutters. In those days, 1979, Michael Manley (then prime minister) said you could only leave with US$50, so I was expecting to get US$50 from my father. He gave me US$13 instead and said to me ‘son, this is all I have’. He said ‘I don’t have much but I have my integrity. I have never earned a bad dollar in my life and if I were to receive one I would not accept it, and this is my gift to you; it’s worth more than the 50 dollars’. I took that, and off I went to America,” Horne continued to relate to the Sunday Observer.

Further studies in New York, an extended trip to Toronto, Canada, and back to New York built upon the already-laid foundation which resulted in bachelor’s and masters degrees, and thus the way was finally cleared for the big man to sample his boyhood dream — that of excelling in business in North America from where he would return to inject a needed potion into the Jamaican productive scene, armed with the know-how and competence of how to make things work.