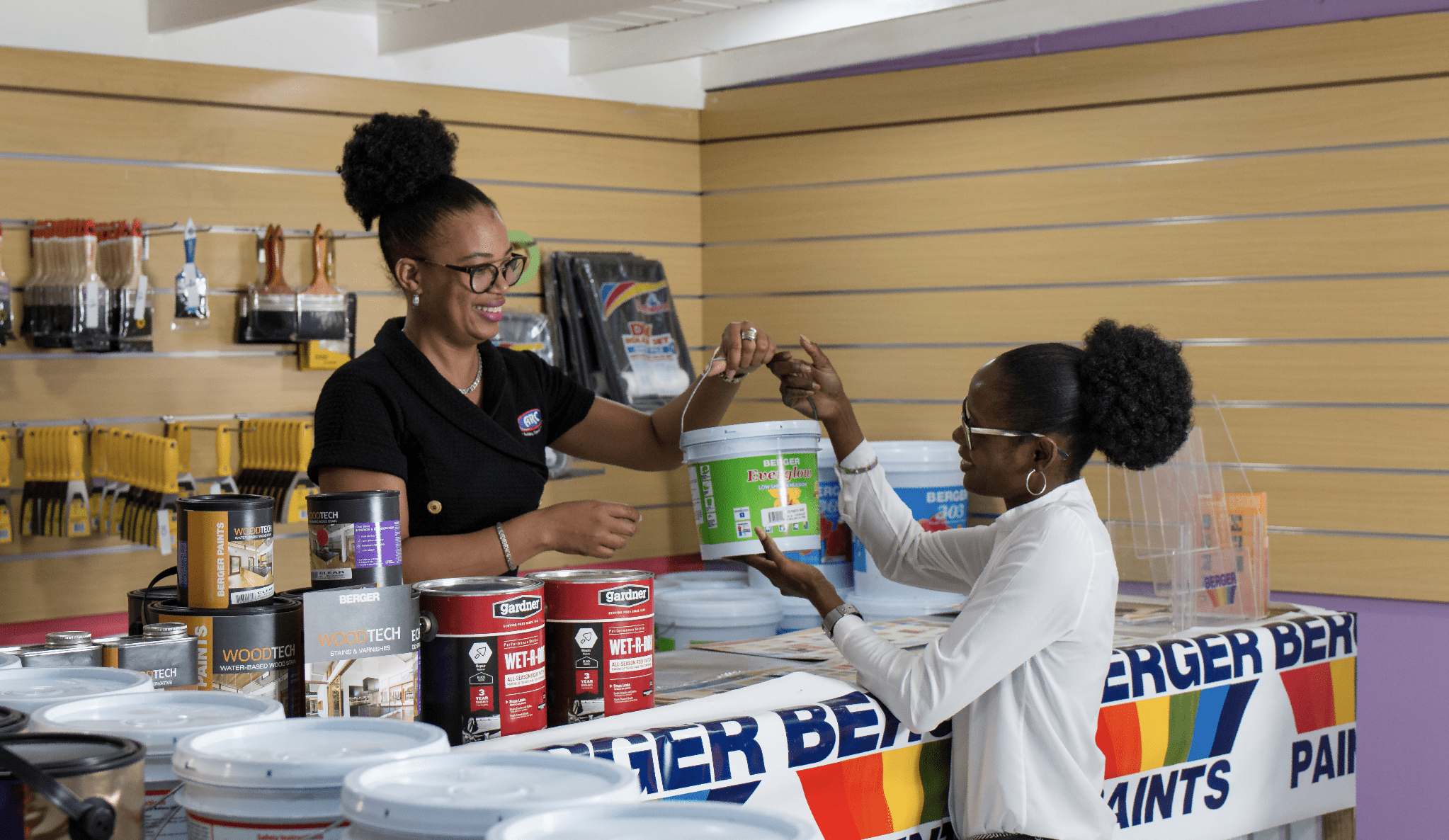 The upgrade, aimed at improving retail consumers’ overall shopping experience, expands on ARC Manufacturing’s plan to modernize and improve efficiencies at its 14 Bell Road complex. The company has already begun work on upgrading a 70,000-square-foot warehouse on the property which, on completion, will see the implementation of an automated crane system that will result in minimised use of forklifts.

Up to 2011, ARC Manufacturing’s business solely consisted of wholesale customers – that is, large contractors, the hardware trade, and developers buying in bulk for resale to homeowners or use in large construction projects.

But after being prompted by then Member of Parliament for the South West St Andrew constituency, Portia Simpson-Miller about the goods being inaccessible to community members who were undergoing construction works, the company introduced a retail space for the small shopper to purchase not only goods manufactured by the company, but also construction finishing materials it distributes.

ARC Manufacturing’s flirtation with retail started out as a tiny space at the complex that grew over time to 5,000 square feet. From this store, the manufacturing giant retails construction materials, fixtures and fittings, tools and accessories.

Through the redevelopment of about four buildings on the 18+ acre property, the project is expected to take the company’s retail store from 5,000 to 24,000 square feet.

The company’s general manager in charge of sales and marketing, Devon Brooks, told the Financial Gleaner that the company is still designing the new space, but expects to incorporate aisles for consumers to browse the products. A separate entrance will also be created for the retail store, with its own parking.

“All of the details are still being worked through. But overall, our intention is to create a modern, comfortable space for retail consumers. It is not to cannibalise our existing customers,” said Brooks.

Though the ISO9001:2015 certified company has not disclosed how much it is spending on the new retail store, they are looking to employ at least 20 additional persons at the end of the project, which is expected to be commissioned within a year.

Published by the Jamaica Gleaner. 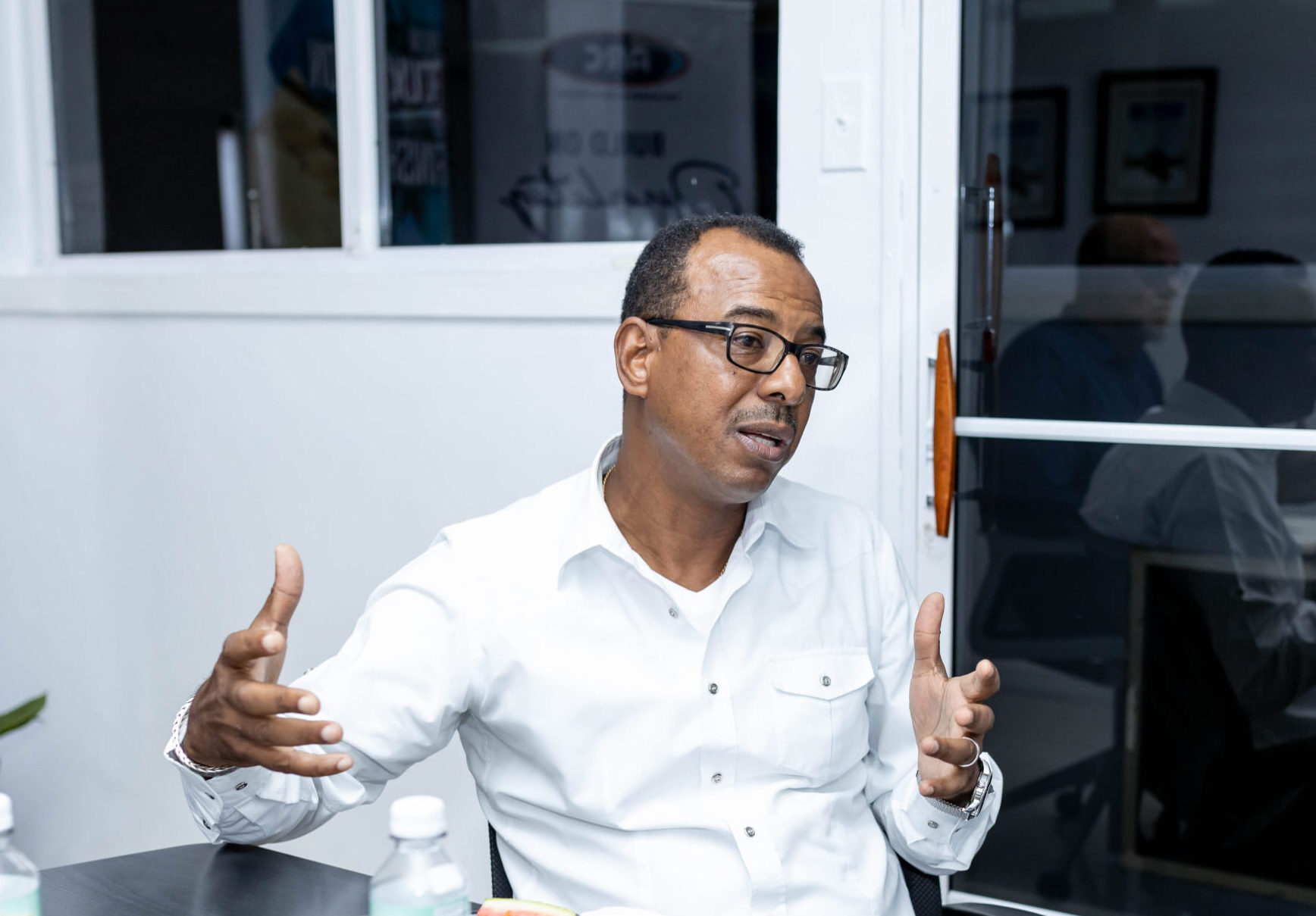 Construction materials company ARC Manufacturing Limited is converting one of the warehouses at its plant on Bell Road in Kingston into factory space prepares to venture into the manufacturing of steel hollow sections and metal pipes.

The two new plants to be developed will share a 30,000-square-foot space, will position the company as the sole manufacturer of hollow sections and metal pipes in Jamaica, and will ultimately give it the muscle it needs to carve market share away from imports, the company indicated this week.

At the core of ARC’s business is the importation of metals which are then processed into finished goods including wire nails, barbed wire, quarter wire, binding wire, fabric mesh, nails, chainlink fencing, tracks and studs, purlins, circular and industrial zinc, roofing tiles, hurricane straps, and other roofing products.

Outside of being the sole manufacturer of binding wire, the manufacturing giant also operates a lumber treatment plant, which is said to be one of the most modern in the region; as well as a metal slitting plant – the only of its kind in Jamaica.

The company markets its goods to businesses across varying sectors in Jamaica, as well as retails products from a store at its Bell Road plant. Offshore, it does business in the southern United States and Caricom markets, where, outside of Jamaican customers, it will first seek takers for its supplies of steel hollows and metal pipes.

“ARC’s approach to manufacturing is based on there being sufficient business in the domestic market to amortise our investment, as well as our ability to export our surpluses. Our research has confirmed that is sufficient demand for hollow sections and pipe in the domestic market and there are also opportunities,” Chairman of ARC Manufacturing, Norman Horne, told the Financial Gleaner, following a tour of the company’s near 18-acre complex by the Private Sector Organisation of Jamaica on Wednesday.

Steel hollows, which ARC will produce in square and round shapes, are used as structural material in construction. The section pipes are also used for everyday applications such as vehicle trailers, fences, scaffold and handrails. Metal pipes, on the other hand, are used to transport products, such as oil, gas and water, and are suitable for long-term installations.

ARC Manufacturing has already begun securing equipment for the new plants and will be engaging a specialist from Turkey to construct the facilities. The repurposed building is expected to be completed by the end of 2023.

“What we insist on when we bring technical persons from aboard is knowledge transfer; it’s part of the agreement we have. We have appointed a few persons to ensure that when they leave the knowledge stays,” Horne said.

Horne’s plan for the new production plants at Bell Road, which sits on the outskirts of Three Miles in Kingston, is the first of a two-part process to drive revenues up for the company.

The ISO9001:2105 certified company is also in the process of upgrading a 70,000-square foot warehouse on the property — a project that will eventually see the company switching out some of its manual forklift operations for an automated crane system, which will not only increase safety and accuracy in the warehouse, but will also give the company much more room to hold inventory due to a new form of stacking of heavy materials such as steel and timber.

Additionally, they will also install two bridge cranes in the ceiling of the warehouse, each of which has the capacity to lift 10 tonnes to a height of 20 feet, and cover 620 feet in length. The automated crane system, which will replace forklifts, offers the company a more effective way of stacking that utilises the building’s spacing, both in width and height, more efficiently. The crane’s hoist can rotate 360 degrees, which allows for packaging in parallel and perpendicular format, or put more simply, in a box format.

“At the moment, we are only utilising about 40 per cent of the warehouse space because the forklifts need space to traverse and you have to separate your products in a way that makes them accessible to forklifts,” said Horne.

“But with this modern crane we should be able to utilise 90 per cent of the space. What that means is that we will have more than enough room to transfer the materials being stored in the space that we intend to use for the two factories into the new warehouse,” Horne said.

ARC Manufacturing also stores materials at three locations owned and operated by an affiliated company called ARC Properties Limited. But those spaces will be freed up for lease to external parties, once the warehouse upgrade is completed. The improved facility will serve to bring goods stored outside of the plant indoors, while consolidating the internal steel warehouses.

While the manufacturing and distribution company is moving to automate some of its processes, Horne also said no jobs would be lost. The company is looking instead to add to its workforce.

“We are on a mission to modernise our business as part of our space management concept. The truth is that the way in which we are set up now, it may impact delivery times. So we are focusing on fixing that,” Horne said.

ARC Manufacturing employs about 350 workers full-time, many of whom are from the areas surrounding the Bell Road complex. On completion of the projects, the company expects to have north of 400 people on its payroll.

Published by the Jamaica Gleaner.